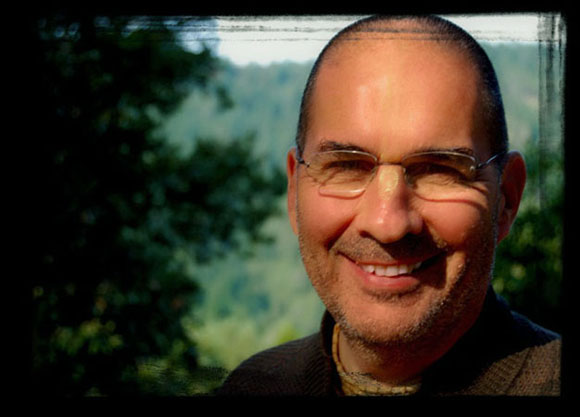 Apparent contradictions are resolved in one of two ways, based on the nature of the contradiction. One kind of apparent contradiction is eventually understood to be a difference based on rasa, which when properly understood serves to further charm the sadhaka as to the spice of variety that makes Vaisnavism the sweet life that it is. An example of this is the disagreement that eternally exists between vatsalya and madhurya rasas. Simply put, Yasodamayi very much wants her son Krishna to have a good night’s sleep, while the gopis headed by Sri Radha want him to leave the house and dance with them in the Vrindavana night.

Differences, however, exist not only between different rasas, but within the same rasa as well. There are left-wing gopis and right-wing gopis. The gopis headed by Chandravali always take the side of Krishna, while those who are in Radha’s group always take her side to the extreme. Some devotees hold that the Yamuna is the topmost place of worship, while our group headed by Sri Rupa places greater emphasis on Radha-kunda.

Once when Srila Bhaktisiddhanta Saraswati Thakura was conducting the circumambulation of the greater Vrindavana area (braja mandala parikrama), one of his disciples pointed out that the Diwan of Bharatpura had great respect for Srimati Radharani. At that time, the Diwan was circumambulating Radha-kunda by prostrating himself, rising, and placing his feet at the point where his fingertips had reached while bowing down. Then he would prostrate himself again and in this way circle the entire Radha-kunda. Bhaktisiddhanta Saraswati replied to his disciple, however, “Their angle of vision is different from ours. They recognize and revere Krishna, and because Radharani is Krishna’s favorite, they also have some reverence for Radha-kunda. But our vision is just the opposite. Our concern is with Radharani. And only because she wants Krishna do we have any connection with him.”

We aspire for the service of Srimati Radharani and her kunda. Others may emphasize the Yamuna or the importance of Krishna, like the followers of Candravali gopi. Who is right? Radha-kunda may be the most sacred place where the most intimate pastimes of Sri Sri Radha-Krishna are enacted, yet reality is ultimately a feeling. We may give someone knowledge and they agree that we are right, yet they will continue to act otherwise because reality is ultimately a feeling-—what we know is one thing, what we feel is often another. In the absolute, this is absolutely so. Therefore, even though Radha-kunda is the highest abode of love, some feel otherwise, and they are not entirely wrong in that. Differences must be there. To find the higher harmony is the beauty of Vaisnavism. Chandravali is, after all, an expansion of Radharani.

A second kind of apparent contradiction arises in the preaching field where the intermediate class of devotees are active. Madhyama means middle. Madhyama-adhikari Vaisnavas are in the middle of controversy. Their lives are characterized by discrimination. They are surrounded by contradictions—preaching and siddhanta may not always be the same. The missionary servitors are moved from within to respond to the diverse circumstances that they are confronted with. They may say different things at different times to awaken divine faith in the hearts of the fallen jivas. Thus, preaching and siddhanta are apparently not always in concert. Because the siddhanta in one sense is to awaken faith, sometimes the missionaries may say whatever they are moved to say out of their infinite wisdom to awaken that faith— “By hook or by crook, sell the book.”

The highest truth is to give Krishna consciousness. In the field of preaching, at one time one instruction may be given; at a later stage we maybe told the opposite. Yet, to follow both instructions at the time they were given is to follow the same truth. We may join our guru’s formal mission on the strength of Krishna’s flute call, sarva-dharman parityajya mam ekam saranam vraja. “Surrender everything and come to me.” Later, as in the case of Srila Prabhupada, who left the Gaudiya Math, we may, in the spirit of Krishna’s flute call, have to leave the formal mission, if in our guru’s absence it has become devoid of his spirit. One who cannot resolve this type of apparent contradiction is suffering from anarthas (material considerations).

When apparent contradictions are not resolved by the advancing devotee, they give rise to real contradictions. Real contradictions deviate one from the pure devotional conclusions. These real contradictions are based on anarthas and they must be transcended. They are most typically found in the kanishtha-adhikari. They may also be found in the madhyama-adhikhari, yet only as much as the kanishtha-adhikari mentality lingers in his or her developing consciousness. Although the different kinds of Vaisnavas, kanishtha, madhyama, and uttama (neophyte, intermediate, and superlative), have been described in the scriptures, there is considerable overlapping between them. As between day and night there is the sandhyam at dawn, midday, and dusk, so these divisions of Vaishavas are not black ad white. We must look for the gray in everything. In computer technology, there are 256 shades of gray between black and white. Rasam-anandam is the purest white, and material desire is the darkest black. In the transitions from the dark black of material life to the pure white of our highest spiritual prospect, there are may shades of gray through which we must pass, resolving apparent contradictions along the way.

What follows is an example of an apparent contradiction in the writings of our acharyas. Resolving this is a valuable exercise of our Krishna consciousness. In Srila Prabhupada’s translation of Bhagavad-gita (Bhagavad-gita As It Is), he translates the following verse thus:

“Our strength is immeasurable, and we are perfectly protected by grandfather Bhisma whereas the strength of the Pandavas, carefully protected by Bhima, is limited.” (Bg. 1.10) The same verse, however, is translated quite differently by Srila Sridhara Maharaja in his Bhagavad-gita (Hidden Treasure of the Sweet Absolute). Here we find the verse reads as follows: “Our army, headed by Bhisma, is inadequate, whereas the army of the Pandavas, protected by Bhima, is competent.” Which translation is correct? Could both of them be correct?

Before we jump to the wrong conclusion, we must catch ourselves and consider the following points. Srila Prabhupada dedicated his Bhagavad-gita to Baladeva Vidyabhusana, the great Gaudiya acarya who gave the world Govinda bhasya. This commentary on the Vedanta-sutra is a most precious treasure trove of Gaudiya siddhanta. Baladeva is said to have been present in Sri Caitanya’s lila in a previous birth as Gopinatha Acarya. Although a great devotee, Gopinatha was unable to convert his brother-in-law, Sarvabhauma Bhattacharya, to Sri Chaitanya’s conception of bhaktivedanta (acintya-bhedabheda tattva). Later, however, as a result of hiding nearby and listening to Sri Chaitanya’s discourse on vedanta delivered to Sarvabhauma, he became a scholar himself. Sri Chaitanya’s explanation to Sarvabhauma was later distributed by the devoted and learned Baladeva Vidyabhushana as Sri Bhasya.

Why did Srila Prabhupada dedicate his Gita commentary to Baladeva? Because Srila Prabhupada’s concern was to give the overall siddhanta of our sampradaya to the world, rather than focus on a few of the precious jewels of our devotional conclusions in his commentary. After many translations of the Gita had been circulated in the West, not one devotee of Krishna emerged. Yet, Srila Prabhupada’s Gita produced and continues to produce thousands of devotees of Krishna. No doubt he had something specific in mind as he set out to translate and comment on the Gita.

Sridhara Maharaja was clearly of a different mentality. He preferred to keep close company with fewer devotees and examine and relish the finer points of Gaudiya siddhanta. Once he told us that “Swami Maharaja (Srila Prabhupada) and I are not one!” This was in response to our tendency to think that for him to be Krishna conscious he woud have to think about everything exactly as Srila Prabhupada did. Foolish we were, when we stress so much the point of our eternal individuality. Later, Srila Sridhara Maharaja said about his difference from Srila Prabhupada, “Swami Maharaja was a great man. He distributed nectar as if it were water. And I am a small man.” Yet, small he was only in his own estimation, a testimony of his greatness.

Srila Sridhara Maharaja’s translation of the Gita was like many things he wrote or spoke. He tended to discuss the mood of the circumstance rather than relate the circumstance itself, much like Visvanatha Chakravarti Thakura, the contemporary of Baladeva Vidyabhusana. Thus, his decision on the text under discussion is both one and different from that of Srila Prabhupada’s. Their differences are only apparent, and they are analogous to the differences in emphasis and style of Baladeva Vidyabhusana, who gave the siddhanta as it is, and Visvanatha Chakravarti, who consistently presented the hidden treasure in his commentaries. On this particular text, Baladeva Vidyabhusana translates aparyaptam as immeasurable; thus giving the upper hand to Bhisma, and paryaptam as limited, while Visvanatha Chakravarti gives the upper hand to Bhima. The Sanskrit dictionary tells us that both these words, aparyaptam and paryaptam, can have opposite meanings, and can therefore be used to support either translation.

Bhisma was the greatest of ksatriyas; thus, he certainly strengthened Duryodhana’s army, in accord with Srila Prabhupada’s translation. Yet, Bhisma also was a weak element in the military arrangement of Duryodhana, for although outwardly the strongest to oppose the Pandavas, he was inwardly the weakest. Bhisma was formally on the side of Duryodhana, while at heart and in spirit he was a member of the Pandava’s army. Bhisma loved the Pandava brothers and Sri Krishna with all of his heart. How could such a person, however strong militarily, be someone Duryodhana could count on?

The straight truth as it is, is that Bhisma was a formidable fighter and an asset to Duryodhana. The hidden treasure is that he was weakened in his support for Duryodhana because of his deep love for the Pandavas. This sweet truth is also alluded to in Srila Prabhupada’s commentary on text eleven of the first chapter of the Gita. There Srila Prabhupada says, “Although he [Duryodhana] knew that the two generals [Bhishma and Dronacarya] had some sort of affection for the Pandavas, he hoped that all such affection would now be completely given up by them, as was customary during the gambling performances.”

When discussing the lives and writings of the acaryas, we should enter into such discussion with a feel for what Vaisnavism is all about, otherwise we may become victims of offenses to Vaisnavas (aparadha). Their lives are all about love, which resolves all contradictions. Love harmonizes all things as nothing else can. The lives of Srila Prabhupada and Srila Sridhara Maharaja and their relationship with one another are something from which we can learn about the spirit of love. To date, there has been considerable debate about the nature of their relationship. Be assured it is one of absolute love, which as Ujjvala-nilamani tells us, moves in a crooked way. Thus, it is not understood by all, and certainly not without looking underneath the surface. If the beloved is arguing with her lover, we would be wrong to conclude that the two are not in love. Sri Radha speaks badly of Govindadeva, yet the real devotees of the two know the truth and depth of their love for one another. Aher iva gatih premnah svabhava-kutila bhavet, “Love, like a snake, moves in a crooked way.” (Ujjvala-nilamani) In love there must be differences, apparent differences. The higher harmony is what we seek, beyond the conceptions of friends and enemies.