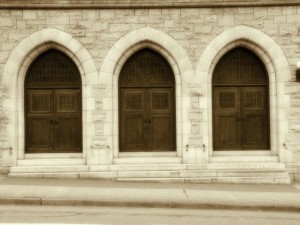 The Jiva and Three Features of Godhead

From the joyful Bhagavan who is absorbed in divine play an aura of pure undifferentiated consciousness emanates. This aura is Bhagavan appearing as Brahman. Paramatma is Bhagavan manifesting in relation to material existence, which consists of the individual souls and matter. Paramatma expands and oversees this existence. In this sense, Bhagavan represents the joy of the Absolute, Brahman consciousness, and Paramatma existence. While the joyful Bhagavan exists and is conscious of his existence, his joy is so pronounced that in his most complete manifestation as Krishna he appears unconscious of anything else, including his own supreme existence.

As Brahman, Bhagavan is primarily just conscious. The joy of Brahman is that of peace, and there is little if anything that resembles existence with all its variety and movement in this feature of Bhagavan. Paramatma is fully involved with material existence. Although he is conscious and joyful, these two are less apparent in this manifestation of Bhagavan. The play that expresses joy in the Paramatma is calledsrsti (creation). As Paramatma plays and thus manifests the material existence, he also enters it and becomes consciously absorbed in every aspect of this existence. The stillness of Brahman lies in between the movement that Bhagavan is concerned with in the world of consciousness, and the movement of the material world that Paramatma is concerned with.

Thus while all three, joy, consciousness, and existence are present in all three features of Godhead, each feature is distinguished from the other by the degree to which one of the three is present.

According to the above understanding, Bhagavan represents joy (ananda), Brahman represents consciousness (cit), and Paramatma represents existence (sat). Paramatma, Brahman, and Bhagavan do not represent sat, cit, or ananda exclusively. Rather, Bhagavan contains all three in fullness, Paramatma and Brahman contain the other two in different degrees.

Regarding the individual soul, Bhagavan has three primary potencies or energies. The jivatma or individual soul is a manifestation of the intermediate potency of Bhagavan (jiva/tatastha sakti). His primary potency (svarupa-sakti) represents his own nature, and his secondary potency represents the material nature consisting of the gunas. His intermediate potency consists of individual souls that bear the stamp of his own nature, and thus each soul is a unit of will. However, the will of the jiva is a qualified will. If it wills to associate with matter, its activity is determined by matter under the influence of material nature’s three gunas. This is the realm of karma.

If the jiva wills to associate itself with God, its activities are ultimately an expression of the internal will of Godhead who chooses to express his own joy through that individual soul. This is called lila, the divine play of the Absolute, in which the individual soul participates by aligning his will with the will of God. Thejiva soul’s real life in lila with God is one in which all desire related to God’s secondary potency is replaced with God’s desire—God’s joy manifesting itself though the jiva soul. For the jiva, this experience is one in which it feels as though it has chosen such a life—as if it were its own—just as this is the case in material existence in which we feel we are doing our own thing, but in reality we are merely puppets of the gunas. In liberated life the jiva realizes its highest potential, its very purpose, in the expression of the joy of the Absolute under the influence of God’s primary sakti.