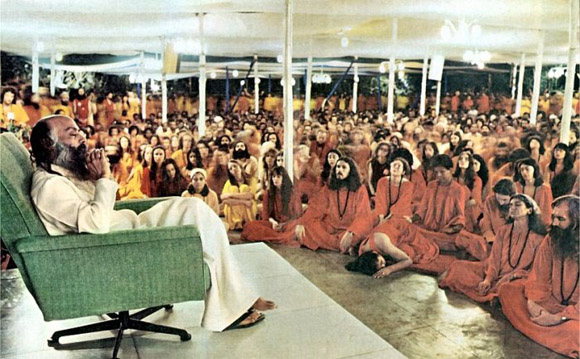 Sometimes persons are confused as to why some Gaudiya Vaishnavas accept tridandi sannyasa. Some are similarly unsure about the practice known as bheka. Is there a precedent for either of these practices in the modern world, especially considering Mahaprabhu is said to have declared that there is no sannyasa in Kali yuga?

The system of bheka and the sannyasa asrama are one in essence. Bheka is a corrupted form of the Sanskrit word ‘vesa‘ (dress). Bheka dharana refers to accepting the dress of a renunciate. Renunciates accept a simple manner of dress such as kaupin (loin cloth) and an outer garment for their bodily upkeep. Bhaktivinoda Thakura has written, “The name bheka is properly understood to mean the asrama of biksuka(mendicants). Bheka dharana and sannyasa are synonymous. The name of the sannyasa asrama isbiksu asrama. The sign of sannyasa is the kaupin. If they have accepted kaupin or bahir vasa (outer garment), then they are definitely included in the sannyasa asrama.”

The Thakura goes on to say that there are two kinds of sannyasa, ordinary sannyasa and Vaishnavasannyasa. The Padma Purana speaks of three types of sannyasa: karma sannyasa, veda sannyasa, andjnana sannyasa. Karma sannyasa refers to those whose senses have become weak in old age and thus give up their karmic duties in the varnasrama. Jnana sannyasa refers to those in whom the desire forsayujya mukti has arisen, along with peacefulness, self control, renunciation, and so on. These two types of sannyasa are not appropriate for Vaishnavas, who are not bound by the karmic duties of varnasramaand are not desirous of sayujya mukti.

Veda or vidvat sannyasa refers to the bhakti sannyasa of the Vaishnavas, exemplified by devotees such as Sri Ramanuja, Madhva, Madhavendra Puri, Isvara Puri, Sriman Mahaprabhu, Prabhodananda Saraswati, Bhaktisiddhanta Saraswati, and so on. Madhavendra Puri accepted sannyasa after entering the bhakti-marga, as did Mahaprabhu and many others in the Gaudiya sampradaya. Thus Mahaprabhu did not forbid bhakti or vidvat sannyasa. Indeed, he accepted it himself and initiated his own sannyasaguru Kesava Bharati into this conception of sannyasa, in which rati for Krishna—artha pravriti (positive gain)—picks up where the anartha nivriti (giving up unwanted things) of jnana sannyasa leaves off.

Mahaprabhu did indeed quote the Brahma Vaivarta Purana verse in which five things are said to be prohibited in Kali yuga; horse sacrifice, cow sacrifice, begetting a child in the womb of one’s brother’s wife, offering oblations of flesh on behalf of one’s deceased relatives, and accepting sannyasa. However, he cited this verse in a effort to convince Chand Kazi to give up meat eating after the Kazi had said that animal sacrifice was also recommended in the Hindu scriptures. Furthermore the sannyasa that is not recommended in this verse is karma sannyasa, listed as it is along with four other activities of the karma-marga. It does not refer to jnana or bhakti sannyasa. Indeed the very same Purana also recommends sannyasa thus: ” A sannyasi accepts only a danda, water-pot, and saffron-cloth and resides near a village – this is the wealth of the sannyasa asrama.”1)

If we are to understand Gaudiya Vaishnavism properly, we would do well to scrutinize the siksa of Thakura Bhaktivinoda, the Seventh Goswami. This was the preoccupation of Bhaktisiddhanta Saraswati Thakura, who fulfilled the spiritual ambitions of Thakura Bhaktivinoda through his innovative preaching, including the establishment of the modern order of Gaudiya Vaishnava tridandi sannyasa.