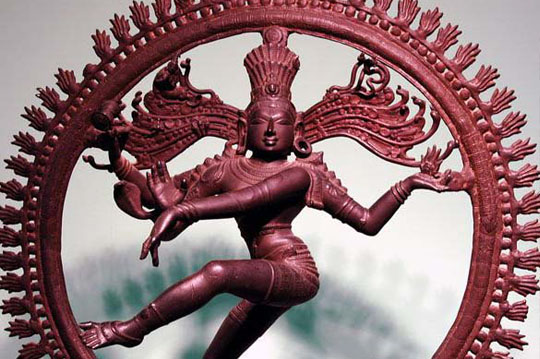 Sankaracarya is said to be an incarnation of Lord Siva. The arch enemies of Sankara’s notion of Advaita Vedanta are found in the Madhva and Ramanuja sampradayas. Some in the Madhva sampradaya, while urinating, chant a mantra that says they are urinating on Sankara. Such a strong opinion. In the Ramanuja sampradaya there are also very negative feelings about Siva. It is said that it would be better to enter the mouth of a tiger and be devoured than to enter a temple of Siva. By this they mean that by entering the mouth of Sankara’s conception of Advaita Vedanta, which originated from Lord Siva, one loses all hope for any future prospect in Vaishnavism.

So we should have proper conception of, and proper regard for Lord Siva: vaisnavanam yatha sambhu. Mahaprabhu entered all the temples of Lord Siva with this in mind, that Siva is a great Vaishnava. Mahaprabhu reasoned in discussing with the Saivites, “Who is better, Visnu or Siva?” Although there were lengthy arguments, discussions and quoting so many scriptures, what did Caitanya Mahaprabhu say? He said, “The foot wash of Visnu is the Ganges and Lord Siva takes the Ganges on his head. So Visnu must be in a superior position to Siva.” In this way, in a simple way, Mahaprabhu converted them. But in this there was no disregard for Lord Siva. How can we disregard someone who has the Ganges on his head constantly?

If we study Bhagavatam in its entirety we see that paradigmatically speaking, Siva represents jnana-misra bhakti, devotion mixed with knowledge. And above jnana-misra bhakti is Prahlada, suddha bhakti, pure devotion. This is shown in Sanatana Goswami’s commentary, Brhad Bhagavatamrta, which is an explanation of Srimad-Bhagavatam, showing the gradation of all the different religious conceptions. So it goes in the highest realm to the gopis. But there we find Siva also: Mahadeva Gopisvara. Siva desires to become a gopi.

We should note this about all the great persons in the Bhagavatam like Prahlada and Narada. They are representing something theologically but that representation does not entirely represent their personhood, potential, or prospect in spiritual life. Therefore the Gaudiya Vaisnavas also find them all in Krishna lila. Narada Kunda is there, where Narada bathed and came out as a gopi. Lord Siva appeared as a gopi and gopa also, Gopisvara and Gopesvara. The famous Mahadeva Gopisvara temple is in Vrindavan, and in that lila Siva is said to have desired to become a gopi and enter the rasa dance, but ultimately was posted at the gate as a guard.

Why does Siva guard the rasa dance? Because unless we pass through what Siva represents, that detachment, how can we enter into the rasa dance with Krishna? That rasa dance, which looks like ordinary love, in every respect is completely selfless. It is selfless love camouflaging itself as selfishness. We have to look closely to see what it is. The idea of Lord Siva being posted at the gate of the rasa lila is that we have to pass through what Siva represents, complete detachment from sense objects, if we are to interact with them in such a way as to not be implicated. In love of Krishna, Gaudiya Vaishnavism is really about interacting with sense objects, properly understanding that every sensual opportunity in the world is an opportunity to satisfy the senses of Krishna. This is why in regards to high, maha-purusa Gaudiya Vaishnavas who are not acting as acaryas, it is sometimes difficult to understand some of the things they do, like Ramananda Raya teaching the devi dasis how to dance. When Mahaprabhu sent Pradyumna Misra to learn about Krishna bhakti from Ramananda Raya he came back a little bewildered. But Mahaprabhu sent him back. That is a very high thing. We should know how to understand that. To apply that, to live in that, we have to cross through the plane of Lord Siva. He is posted at the gate of the rasa lila and no one can get by him.

Furthermore, Lord Siva has a high position in Gaudiya Vaishnavism. He is actually the brother-in-law of Krishna. From Yasoda a daughter and a son were born. When Vasudeva exchanged Devaki-nandana Krishna for the daughter, Devaki-nandana Krishna merged into Nanda-nandana Krishna and the daughter was taken and she showed an eightfold form, Katyayani—Durga—and chastised Kamsa. Katyayani is the wife of Lord Siva and sister of Krishna, so Siva is the brother-in-law of Krishna. Even Krishna’s guru, Sandipani Muni, was a Saivite, so Siva is in our guru parampara! We cannot avoid him.

Thus, there are ways to harmonize regard for Siva and regard for Krishna. We should consider these things and properly represent the harmonizing capacity of Gaudiya Vaishnavism. It is not about making enemies and drawing lines, black and white. We should know that the parameters of Gaudiya Vaishnavism are broad. It includes all that is spiritual, all possibilities. If we read and study the Bhagavatam we can find so much room to understand, accommodate, and appreciate Lord Siva.