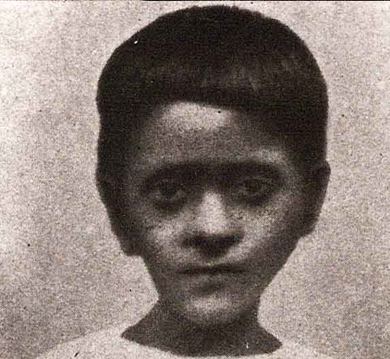 Sri Bhaktisiddhanta Saraswati was of the opinion that ajata-ruci raganuga sadhakas (practitioners without taste) should adopt the methods of raganuga sadhana that they are qualified to adopt in proportion to their development of sacred greed (lobhamayi sraddha), while following the angas (limbs) of vaidhi-bhakti (regulated devotion).

One in whom this taste (ruci) has not arisen but who has come to appreciate raganuga-bhakti only on account of appreciation for a particular saint or scripture (sat), may still practice raganuga-bhakti but with an admixture of vaidhi-bhakti. In the same way, for the sake of preaching (loka-sangrahartaham) one who is advanced and in whom taste has manifested should also practice raganuga with an admixture of vaidhi. Such mixing of the two kinds of bhakti means that one practices vaidhi-bhakti by uniting it with whatever raganuga practices one is capable of.

In the opinion of Sri Bhaktisiddhanta Saraswati, such mixing of the two kinds of bhakti means that one embrace the angas of vaidhi-bhakti with a view to attain greater eligibility for raganuga-bhakti and its sadhya (goal) by uniting them with whatever raganuga practices one is eligible for (yatah-yogyam). In his opinion this did not include an emphasis on meditating on the pastimes of Radha-Krishna from the vantage point of one’s siddha deha for those who had not attained the stage of nistha, based on the reasoning that dhyana (meditation) requires a pure heart, whereas kirtanam (chanting) does not. He reasoned, as has Sri Sanatana Goswami in Brhad-bhagavatamrta, that smaranam (remembering) arises naturally out of kirtanam. Thus he emphasized nama smaranam for beginners, stressing inoffensive chanting that would lead naturally to meditation on Krishna’s form (rupa samaranam), qualities (guna smaranam), and pastimes (lila smaranam). Of course he also emphasized mantra dhyana of Gopala mantra, kama gayatri, etc., and these mantras were given to sadhakas only after they had attained a degree of steadiness in nama smaranam (japa).

In some ways his position was a reaction to what he perceived as a sleight of hand in the name of giving—or in some cases making a business out of—a type of siddha deha. In this initiation one’s svarupa (spiritual identity) is thought to be revealed by the guru to the disciple for the purpose of aiding him in lila smaranam. Bhaktisiddhanta’s opinion was that while sadhakas were aspiring for Vraja bhakti they should do kirtanam, and as kirtanam qualified them, they should combine it with smaranam. Furthermore, he maintained that through kirtanam one’s svarupa would be glimpsed in the higher devotional stages of ruci and asakti, at which time effective and meaningful lila smaranam from the vantage point of one’s svarupa could take place, thus propelling the sadhaka into bhava-bhakti. As one’s svarupa arises though sadhana and the mercy of great souls, the guru helps the disciple to cultivate its realization.

The system (siddha pranali) that Bhaktisiddhanta Saraswati Thakura criticized, one traced to an eternal associate of Caitanya Mahaprabhu (Gopala-guru Goswami), is still current, but it should be made clear that Bhaktisiddhanta Saraswati Thakura criticized what he considered a distortion of this system. Today there is debate on this topic among various Gaudiya lineages as to which lineages are appropriately following this system. I have met members of the Gadadhara parivara that do not accept the system as it is applied by the current Radha Kunda lineage, and I have heard from reliable sources that members of the Syamananda parivara also differ from both of these lineages in their approach. Members of Gaudiya Matha differ from all three of these. However, I doubt that there are many devotees from any of these lineages that have taken the time to seriously investigate each other’s approach, and most base their opinions on things that they have heard from third parties. While in some cases they have heard from their superiors, they often base their present position regarding the practices of other lineages upon things that superiors in their own lineages experienced decades ago.

As a current representative of the Gaudiya Saraswata sampradaya, I feel that we should not criticize unless we know something is amiss by first-hand experience. Furthermore, we should judge any approach to raganuga-bhakti by the results it brings. If someone attains bhava by any particular approach, no one can argue with that.