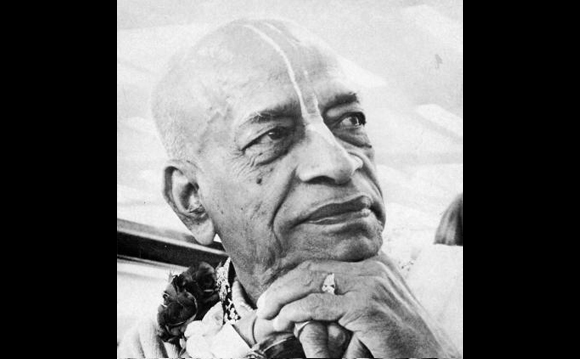 The Remnants of Srila Prabhupada

Once the late Sripada B. S. Govinda Maharaja—spiritual heir to the Sri Caitanya Saraswata Math, that noble and dignified institution of Srila B R Sridhara Maharaja—referring to all of the followers of Bhaktisiddhanta Saraswati Thakura said, “We are all living on the remnants of Swami Maharaja.” In this he was referring to the preaching campaign of our Srila Prabhupada.

This is heartening to think of for those of us who are Srila Prabhupada’s disciples and grand-disciples, and to a large degree it is factual. Although there are those who preached and practiced independently of our Guru Maharaja, and amongst them some individuals possess more love for Krishna than all of Srila Prabhupada’s followers combined, they too are indebted to him for the dignity he has brought to the Gaudiyasampradaya, and for having manifest the desire of Srila Bhaktivinoda Thakura as a most willing servitor of Srila Bhaktisiddhanta Saraswati Thakura.

This line of Thakura Bhaktivinoda is, in our estimation, the orthodoxy of Gaudiya Vaishnavism. He was the seventh Goswami, following in the footsteps of Sri Rupa, Sanatana, Sri Jiva, and others. Srila Prabhupada used to say that his mission was the mission of Bhaktivinoda. In the language of Prabhupada Bhaktisiddhanta, we are all “Bhaktivinoda parivara,” and by the grace of our Srila Prabhupada we have a noteworthy place in this most honorable family.

Outside of our family, there are other admirers of Mahaprabhu. They too, although in many instances only in a material sense, are also living off the remnants of our Srila Prabhupada. Although some have recognized his contribution and pay tribute to him with real spiritual feeling on occasions such as this, considering him to be the one who fulfilled the prophecy of their Lord, they are in the minority. They are great persons who have the spiritual standing to recognize that outside of their own formal lineage the true spiritual decent of Mahaprabhu appeared in the form of his personage, shedding light worldwide on the seventh Goswami and his spiritual heir: the Prabhupada of our Prabhupada. Others also pay tribute to our Prabhupada, acknowledging that they too are living by his mercy. To them he has brought material prosperity to their religious profession. Although our Gurudeva himself abhorred such professional Vaishnavism, he has nonetheless shown such persons mercy. Were it not for our Srila Prabhupada, they would have remained guides, but on a not-so-well trodden path in the religious jungle of the world, and thus they would be professionals with few patrons. In Vrindavana he criticized them, and in Vrindavana today they live on that which is but his remnants in the form of followers that would know nothing of their religion were it not for him.

Our Guru Maharaja is praised for right and wrong reasons, and those who criticize him do so at their own expense. Thus we are the descendants of a great acarya of the orthodoxy of Sriman Mahaprabhu. Yet we must ask ourselves, “Are we living on his remnants such that within the orthodoxy we are outside his grace?” We should be sure that such is possible. Are we but living on that which he has done and doing nothing for him, claiming all the while that it is we who are his followers, and for that matter, we alone? If this is the case, it is we who will draw nothing but his displeasure, despite our words of praise in his name on this occasion.

What then does it mean to be Prabhupada’s follower? This question presses his true follower both on this day and on every day of his or her life: What does he stand for, and what could he not stand? How much of each is within us, and how willing are we today to root out that which he could not stand, and thus to stand next to him, living for that which he represents?

It is not an institution that he embodied, rather an ideal that an institution formed around for the sole purpose of facilitating the embrace of that high ideal. It is this ideal that is the legendary house in which the whole world can live.

Some may object that he gave both institution and ideal, and to separate the two is to do away with both. Such persons have little understanding of the nature of his institution. If his institution is synonymous with his ideal, it is not the institution these objectors identify with. The institution that is one with his ideal has moving walls, and secret doors. It is not laukika, but alaukika. It is not a rigid structure in which everything is set in stone. It’s rules are made to be broken, in as much as they serve only to promote the life of love that overrules the life under law.

This servitor knows only too well of his own experience in love. When the morning announcement was regularly broadcast, “Only the sannyasis and GBC will be allowed to accompany Srila Prabhupada on his morning walk,” he was nonetheless quick to accompany His Divine Grace and often win his attention, as Srila Prabhupada would ask of his insignificant preacher disciple, “What are they saying?” referring to the common people who were encountered in the course of distributing Prabhupada’s teachings. To the common man and woman, Prabhupada’s house was open to the uncommon ideal of Sri Caitanya.

Srila Prabhupada represents this, and in this his heart pines for all to embrace it. Even those aforementioned who live not for that which he stands. He beckons to all of them as well to live as Mahaprabhu Sri Krishna Caitanya has taught: not merely in precept, but in practice. In this it is we, his disciples and grand-disciples, who more than anyone else must hearken to his call. If we do this, nothing else will do more to inspire all in connection with Gaudiya Vaishnavism in modern times to rejoice in the realization that they are living on the remnants of our Srila Prabhupada, and digesting this, they will rise to the spiritual platform, dance with us and chant Srila Prabhupada’s holy name, that of Sri Krishna Caitanya, purely. The name of Sri Krishna Caitanya belongs to Srila Prabhupada. In this sense it is his, for no one but one who lives in the reality of “Krishna is mine (mamata),” the zenith of Vraja’s theistic attainment, could give that name away to one and all as our Prabhupada did. May he bless us with his holy remembrance on days such as this and every day hereafter.