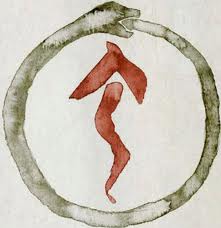 Until the dawn of Christianity, all of the Eastern and most of the ancient world conceived of time as cyclical, not linear. In the West, Augustine was among the first to insist on linear time as opposed to cyclical, although arguably the seeds of his insights were drawn from the Old Testament. Augustine was confident that time was real, linear, and going somewhere. It was increasingly filled with meaningful content, and nothing that occurred along its course would ever be repeated. In Christianity there is a sense of a “fall from grace”—being thrown out of paradise, to live in sin until Armageddon—a belief that works well with linear time. But Christianity aside, much of Western society, both religious and secular, has been driven by a linear notion for quite some time, drawing a diagonal line through cyclical time in minds of many.

On the other hand, the Hindu rishis were perhaps the first to articulate the concept of cyclical time. Recorded in the Upanisads, their experience, which caused them to conceive of time and nature as cyclical, was not merely their observance of the cycling of the seasons or the coming and going of day and night that may have influenced other ancient cultures to think cyclically. Rather, the rishis conceived of time and nature as cyclic because they located an immoveable center around which they observed all things coming and going. That center was themselves: consciousness, the atma, the observer, the witness distinct from matter, around which the world of matter circled. The rishis saw this cycling microcosmically around themselves and macrocosmically around the Paramatma—the Godhead—expanding and contracting in beginningless cycles. Their world was neither a geo- nor helio-centric experience, but rather an atma-centric, and by extension, a Paramatma-centric experience. For the rishis, nature was a consciousness-driven reality rotating endlessly—the beginningless play of samsara—release from which involves becoming properly centered—turning inward.

Despite the modern sense that time is marching straight ahead, the ancient, cyclic notion of time has not disappeared from Western society altogether. In Western philosophy Friedrich Nietzsche posited an “eternal recurrence,” and before him Schopenhauer addressed it as well. More recently, physicists have entertained and in some cases embraced the notion of eternal recurrence. The transactional interpretation of quantum mechanics is a good example; the cyclical universe of Princeton physicist Paul J. Steinhardt, who suggests that space and time may have always existed in an endless cycle of expansion and rebirth is another.

Indeed, the three main theories that concern physicists today—classical physics, relativity, and quantum physics—arguably all subtly point to cyclical time, even while the idea of linear time remains a practical one by which we accomplish much. Euclidian mathematics may have utility, but is it real? No one has ever observed a straight line in nature—in the Earth sphere we call home.

Thus the arrow of linear time finds itself surrounded by cyclical time: notions about cyclical time predate those of linear time (Upanisads), appear within its midst (Nietzsche), and follow after it (quantum theory). A line has been drawn, but some doubt circles it, bringing its validity into question.

In the end, or if we ever turn full circle, perhaps only time itself will tell us which way it moves. But let’s look at the two, lines and circles, and see what we can draw from them.

A circle has a pattern and exhibits rhythm and order, whereas a line has none of these characteristics. While a line may be accidental or random, a circle always displays rationality and purpose. If the process of nature is to be defined, it must have a pattern. A series of changes that has no beginning or end and no purpose is patternless. Any particular point in a line either stands by itself or in relation to its entire past. If it stands by itself, it cannot be defined, owing to its being unrelated. If it stands in relation to its entire past, it also cannot be defined because its entire past is unknowable, being ultimately untraceable.

If, however, the process of nature is cyclical, every point in the circle is part of a coherent system and thus is rationally understandable. The problem of infinite regress from which a linear conception suffers need not trouble us when conceiving the world order as cyclical from the yogic perspective of Hindusim. The logical fallacy of infinite regress occurs when understanding of any member of a series is dependent upon knowledge of its antecedent. This occurs when the time-driven process of nature is conceived of as linear. However, if it is conceived of as cyclical, then every member of the series is understandable in light of the entire process, which is complete and consistent within itself. The Upanisads posit a cyclical universe that expands and contracts, followed by another expanding and contracting universe, ad infinitum, but each cycle is complete in itself, and its complete understanding is not dependent upon knowledge of the previous cycle.

But so much for abstract thought. Let’s be practical and ask a real question. According to Stephen Hawking, “The problem of the origin of the universe is a bit like the old question: Which came first, the chicken, or the egg?” Linear time cannot answer this question, but Zen can with its Hindu-derived cyclical notion of time.

Now imagine a circle consisting of a chicken followed by an egg then a chicken then an egg, etc. until the circle is completed. Then try to find which is first the chicken or the egg. The obvious and conclusive answer is of course “neither,” an answer that cannot be logically arrived at in linear time.

So much for the practical. Time to end this article where it began: in the East, in spiritual India. What time is it? Kali-yuga, the time cycle/age of hypocrisy, when yantra-vijnana—the science of machines and technology—rules, and humans try to change the nature of nature. Does the good here outweigh the bad? Only time will tell, but the idea that the linear arrow of time has put a hole in, and let the air out, of ancient superstitious notions of cyclical time is surely one of the past. Time to move on and come full circle. If we are ever to stop going “round and round and round in the circle game,” we need to find that around which the world rotates. We need to stop talking in circles and move along a line straight to the center—to the Self.