For this year’s Vyasa-puja and Gaura Purnima festival, approximately forty devotees congregated under the graceful glance of Sri Nitai Gaurasundara. As these two brothers simultaneously rise upon the horizon of Gaudadesa, they similarly arranged for a stunning weekend of warm, relishable sunshine and soothing lunar-rays. And how spectacular these two most merciful personalities appeared in their expertly crafted new vestments.

Each devotee that came seemed perfectly suited for a particular service for their Lordships pleasure and thus an atmosphere of enthusiastic engagement soon commenced. The kitchen was swarming with activity from brahma-muhurta through almost all hours as expert cooks prepared abundant varieties of delicacies. Guru Maharaja’s birthday feast featured Vrindaranya’s celestially-famous lasagna, asparagus soup, salad, cheesecake, carmalitas, and an ambrosial citrus drink. Such a culinary festival was most appropriate following Guru Maharaja’s profound elucidation of Guru-tattva and the great fortune we find ourselves with. As kirtan resounded throughout Gaura-Vijaya Mandir and beyond, the devotees offered their hearts in the form of rose petals as the most auspicious worship of our beloved guide took place. One could deeply feel that life’s perfection lay in this simple act of sincerely acknowledging and gratefully accepting the grace showering upon us. Guru Maharaja expressed his appreciation for all attending and for those who had kindly donated towards his main gift, a first-class harmonium.

Guru Maharaja spoke twice on the first day of the festival and again twice on the following day of Gaura Purnima. Gaura Purnima held so much celebration that the bustle of preparation began even earlier than usual. The day’s fasting certainly did not thwart everyones’ enthusiasm as more dancing, more kirtan, more exchanges of loving affection shared between one another were prevalent all around. An elaborate bathing ceremony of Sri Nitai-Gaura preceded the afternoon class of Guru Maharaja as he described the inner significance of Mahaprabhu’s appearance, both for himself as well as all for his followers.

The festival was concluded with the final feast, a culmination of an entire day of preparation and devotional absorption. Who could imagine such opulence and tastes? Just as Mahaprabhu expressed amazement upon honoring the prasad of Sri Jagannatha deva, similarly all present were in unanimous agreement that the festival had realized and even surpassed our expectations.

For those who missed out, the good news is that the next festival at Audarya is already being brainstormed. Jaya Nitai-Gaura! 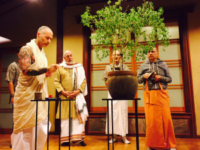 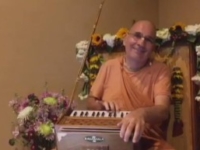 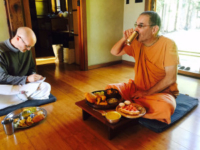 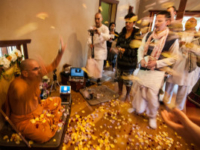 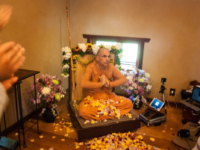 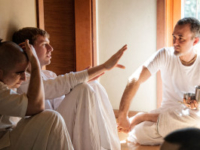 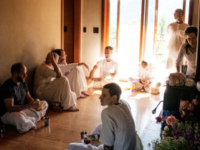 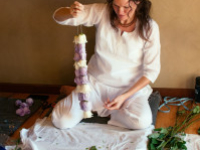 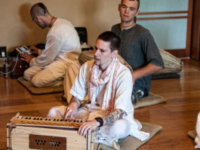 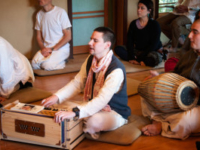 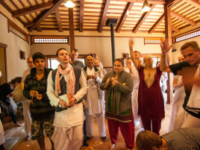 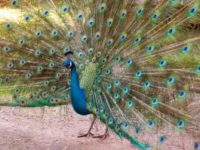 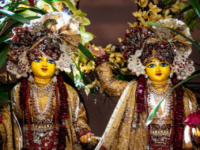 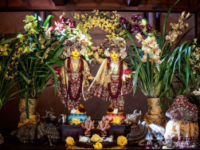 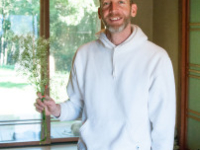 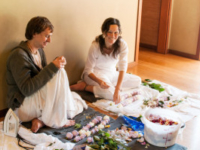 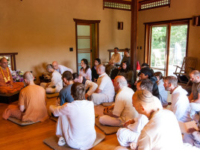 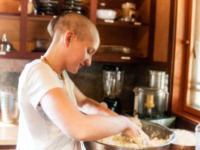 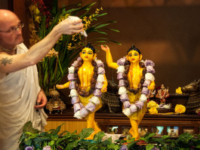 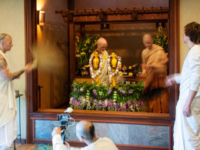