Radhastami has come and passed. I spent it at Audarya; the festivities were well attended. We discussed the Puranic evolution of Sukadeva over lifetimes that resulted in his role as the principle speaker of Srimad Bhagavatam and his dilemma at the climax of the text with regard to uttering the name of Radha, the transcendental parakiya heroine. In rasa-sastra a paramour lover cannot be the shelter or asraya-alambana of srngara-rasa, romantic love. Thus, such a heroine’s name should not be mentioned. The reason for this is that she typically plays a fleeting temporal and immoral role in the drama. But the Bhagavata is not an ordinary rasa-sastra, it is saturated with transcendental bhakti-rasa, and Radha’s role is not fleeting and is supra moral. She is mahabhava-svarupini, the form of the highest ecstasy that gives the greatest pleasure to Krsna, and the extent to which Krsna is pleased is the extent to which dharma is achieved, samsiddhir hari tosanam. She is also central to the entire text, as is parakiya-bhava.  Should her name be mentioned? Sukadeva had to navigate this course as the lila manifested play by play within his heart. He opted for the grey area, saying and not saying her name—aradhana, the best worshipper.

In Sukadeva’s heart Rupa-manjari spoke these words—anayaradhito nunam bhagavan harir isvarah. She knew what the footprints of Radha looked like because she worshiped her lotus feet. At this point in the Bhagavatam we are awestruck by Radha’s seva and driven to acknowledge her as our Deity and ideal of devotion. To be her kinkara/kinkari, that is Gaudiya Vaisnavism. While we may idealize a friendly relationship with Krsna, his closest friends and Radha’s maidservants see her in a different light. Krnsa’s sakhas like Subala, Ujjvala, and Madhumangala are her kinkaras, and Raghunatha das as Rati-manjari dismisses the idea of being her friend like Lalita, Visakha, and their priya-sakhis, giving preference to Radha dasyam. This to me is a sobering point. When Gaura appeared to Nitai as Radha during the Puri Ratha-yatra, the Avadhuta bowed down at a distance. I bow down to him.

Following Radhastami I was ushered off to Los Angeles—the City of Angels—to discuss the Gita with yoga students graduating from a teacher-training course that included the study of my commentary on the text. The Dharma Yoga Center was focused on reaching out to the underserved sector of the city, something that I deeply appreciated. By Sri Nityananda’s grace I was able to bring the audience into the heart of the text, from having, to knowing, to loving—to Radha.

At the moment I am back at Audarya preparing to depart for Saragrahi. I have moved my bed into the narrow windowed section of my upstairs room and it affords me quite a gaze at the stars above on the many clear nights of northern California this time of year. So much aisvarya—innumerable bright stars on a background of dark, mysterious space. What does it all mean? Where does it lead to? Somehow the stars appear knowable, the space remaining mysterious and known only to some extent through the starry light. And so it goes from a moment of aisvarya to madhurya, as the starry night turns to Radha and Krsna, all questions answered. Rest in peace—and love. 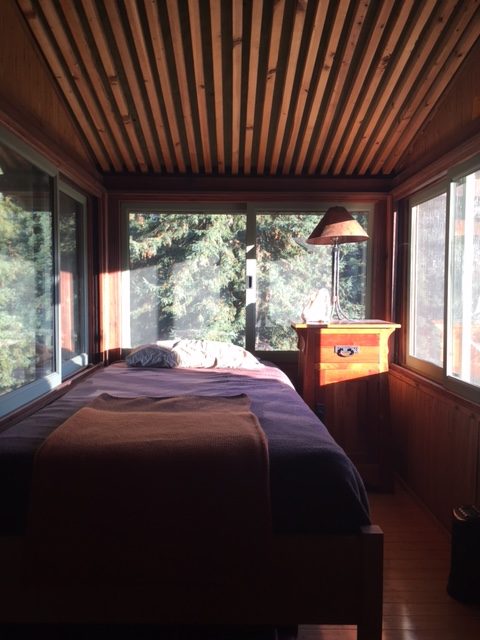 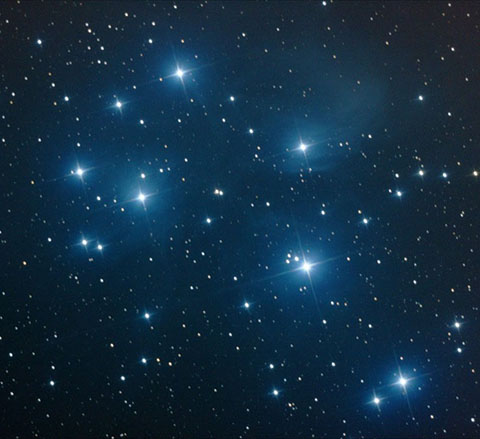